Find the flexwork
that fits your life
at every age & stage
◄ Back to main
2 Surprising Life “You Never Knows” Women Need to Fund ►
4 Reasons Why You’re Not a “Lightweight” If You Want Flexible Work | July 23rd, 2018 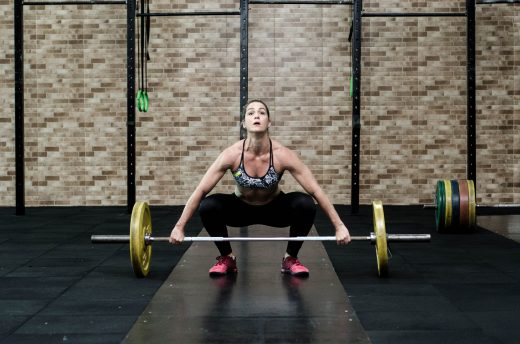 Recently I met with a coaching client who is a young, successful professional at a big New York City bank. She has an MBA from a top school, she has progressed rapidly to a senior level, she has been targeted for big promotions and she’s generally living the dream of what many would call an “ambitious woman”. But what I didn’t mention yet is that she’s the mother of two young children and she has other definitions of ambition in mind.

This young woman actually does not want another promotion at the big New York City bank. In fact, she’s thinking of leaving so she can eliminate a long commute and lots of travel—and see her sons for more than a few minutes each day as they get into or out of bed.

Unlike many women, though, who believe there’s only one very traditional way to work—in more than full-time roles that are always hard-driving toward the top—she does not want to leave the workforce entirely. She loves to work, she wants to continue to contribute significantly to her household income and—despite the fact that she wants to pull back—she still considers herself an ambitious woman. Though she seems determined to find the work that fits her own life (not the life of the power sisterhood who say the only way forward is up), she also expressed sheepish concern that her banking colleagues will consider her a “lightweight” if she pursues a different career coaching dream.

In so many pockets of the business world there’s a lingering perception that anything other than the traditional climb up the corporate ladder is less serious, less ambitious and less challenging. Many think flexwork is more junior work with more junior compensation. Women who are Type AAA at their core worry that flexible jobs lack the high voltage on which they thrive. But flexwork is not the domain of the lackluster and underpaid.

Here are four key reasons why:

Today corporations are forced to rethink traditional work schedules (due to widespread flexwork demands and low unemployment rates calling for more competitive perks). And there are also legions of impressive independent workers who are expected to dominate the workforce in coming years. There’s no question that it’s out there: professional, lucrative, challenging work with the room to nurture family, financial security and a resume that passes muster with your own and other critical eyes.

Check out my book, Ambition Redefined: Why the Corner Office Doesn’t Work for Every Woman & What to Do Instead and order here.