Find the flexwork
that fits your life
at every age & stage
◄ Back to main
HR Pro Says Women & Girls Need Skills to Close Gender Gap ►
Resume-Building Work Can Be Easy on Your Life | April 29th, 2015 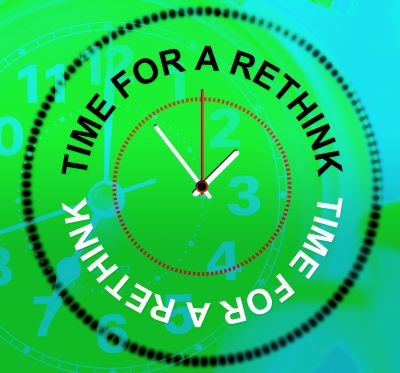 Five years ago, Liz left a vice president level job at a Fortune 500 company for a family hiatus. At the time she loved her work, but it wasn’t fitting her life. She had a baby and two young children, and the commute in and out of New York City to a job that was more than full-time eclipsed her time at home.

In the five years Liz was out of the workforce it was always on her mind that she wanted to return. Though she gained valuable time with her family, she was acutely aware of leaving her professional self behind. Unlike many women, she wasn’t thinking she’d return when her last child was off to college. Instead, she wanted as few years as possible in her resume gap—and she was always thinking about when would be the opportune time to mix work and life again.

In the meantime, she tried to keep her business skills current through freelance business development consulting projects and high-level volunteer work. She built a budget for a local non-profit, led big projects at her children’s schools, interviewed candidates for her college alma mater and took classes to stay sharp. She also kept in touch with her former colleagues from the corporate world.

Then the call came…the one that she least expected. Her old boss had a job for her—same title, same work, same money, and the same big commitment. But Liz had just started working locally two weeks prior as the part-time CFO for a growing entrepreneurial venture.

On the one hand she was thrilled to be offered the same corporate job after a five-year hiatus. On the other hand, the flexibility her former boss was now offering did not offset the long commute and big time commitment for a corporate job. With feelings of both excitement and trepidation she deliberated about whether or not to leave the entrepreneurial venture and accept the corporate position–and how a job of this scale would impact her own life and her family overall.

Initially, Liz was leaning toward taking the corporate job. But with only a couple of weeks to set up new childcare arrangements, the working mother stress was piling on. Adding to the stress was the fact that she had made a six-month commitment to the CFO opportunity. She felt pulled in two directions—one that was feeding her professional ego and the other that offered more flexibility to stay front and center in her family fold.

When all the logistical pieces for the corporate job weren’t falling easily into place, Liz had a frank discussion with her husband. He hadn’t wanted to stand in her way, but now revealed he didn’t think it was the right time to return to the big New York City job. Though he is a supportive husband who pitches in wherever he can, he couldn’t commit to being home from his Wall Street job at a certain hour on certain days. Soon Liz felt herself hurtling back to an uncomfortable work+life fit. She then realized that she already had a great professional opportunity in the CFO job that is both challenging and manageable at this point in her life.

When Liz let go of the corporate job, she realized that for five years she had been holding on to what she thought was the ideal—getting to a point in her family’s life that would allow her to reclaim her big New York City professional stature. The exercise of almost returning to that job showed her that she needed to view and embrace work from an entirely different perspective.

Now Liz has immersed herself in the CFO position that draws on skills and experience she developed over 15 years—and gives her a new opportunity to build and scale a business. With no commute and a very flexible 20 to 30 hour per week schedule, she can fully participate in all aspects of her children’s lives with the help of a part-time nanny.

There will always be many logistical details to manage—but a local part-time job gives Liz more time to breathe—and plan. She’s taking advantage of after-school programs that both enrich her children and extend her workday.  The summer months that challenge all working mothers will be solved through local summer camps. With a practical and strategic eye, she has examined her weekly activities and determined which are necessary and which drain time. The usual three trips to the grocery store, for example, have been replaced by one big Peapod delivery.

Focusing on what is most important has also left time for Liz to volunteer. While she nurtures her professional self and her young family, she still lends her skills to her children’s schools and community organizations in significant, visible roles. Too often women feel that a job will envelop their calendars, but with careful planning, Liz says that her part-time job adds to her life—not compromising her family, her marriage, or her health.

Though Liz is not working for a big name company, she knows that she is expanding her portfolio of skills. In her New York City job she was largely in a business development silo—but the small company gives her the latitude to wear many hats. She is taking on a wide variety of operational, finance, social media, and human resources roles–while also creating a new web site and repositioning the brand.

With work that now fits her life, Liz is seeing where it all will lead. There’s a possibility that the small company will take off in big ways and she will want to stay on and help to guide its growth. There’s a possibility she will reconsider a New York City job—if it’s still there when she feels the time is right. The one thing that’s certain is that she no longer feels that there is only one very traditional corporate way to find a professional, resume-building challenge.  —KAS

Glue that Book Dream to Your Heart
Read more ►