Find the flexwork
that fits your life
at every age & stage
◄ Back to main
Decades of Flexwork Ahead: You’re Defined By Attitude, Not Age ►
The Dollars and Sense of Women and Work | November 16th, 2017 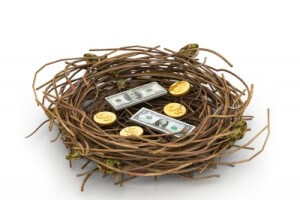 As a career coach and seminar leader, I’ve met hundreds of “stay-at-home mothers” who spend months—or even years—weighing the pros and cons of returning to work. Though the immediate assumption would be that these women can easily afford never to work again, I’ve learned that even in affluent communities, finances are relatively tight in quite a few one-income households. The monthly bills are paid on time, but there is not a lot of room for non-essential extras. There is also concern about how to afford multiple college tuitions—let alone a long retirement. But these concerns are often pushed off to the side—with the justification that even if money does not flow freely, the motherhood role is Priority Number One.

None of the women I’ve coached have told me they never intend to return to the workforce. But unless there is a pressing financial reason to return due to a life “you never know” (a husband’s job loss, a divorce, etc.), women seem to feel they have plenty of time to reinstate their professional selves. Clearly, most want to wait until their youngest children are at least in middle school—but I see plenty of women not making a move until all their children are out of the house.

While women who are “empty nesters” may have 10 or 20 years until the traditional retirement age of 65, it rarely makes long-term financial sense to delay a return to the workforce. A woman forfeits up to four times her salary each year she is out of the workforce. More to the point, every year out of the workforce makes a woman more vulnerable to life’s “you never knows” and less well positioned to support herself and her family.

Women who think (or are told) they will not earn enough money to return to the workforce are making decisions rooted in the present time. In the context of insuring against life’s “you never knows”, there is no amount of money that is insignificant to save and invest. Financial advisors in my professional circles frequently tell me with great surprise that many well-educated women don’t consider how the basic concept known as “the power of compounding” increases even small savings over time. Even saving a small amount can make a big impact on your ability to fund life’s “you never knows” and a long retirement.

Assume Nancy returns to work at age 45. She does not want a big corporate job, and instead gets a part-time, mid-level job during school hours at a small local firm with compensation of $25 per hour. So she’s earning $26,000 per year, and her husband’s earnings put them at the 50% State and Federal tax bracket. Since she does not need to work to cover current household expenses, she can save all the money she clears after taxes. Let’s say, to keep things simple, she works for 20 years and her compensation and tax bracket stays the same each year. If she socks her take-home pay away, what will she have saved by age 65?

To answer that question, I consulted Galia Gichon of Down to Earth Finance, a financial advisor who counsels women. If Nancy clears $13,000 after taxes per year, and she invests that amount in, say, a Moderate Balanced Allocation Mutual Fund with a conservative return of 5% for 20 years, she will have savings of $444,000 at age 65.  That is almost half a million dollars in savings from a small, containable, moderate stress job during school hours and close to home.

In terms of retirement income Gichon went one step further to run some retirement numbers for Nancy. The $444,000 nest egg gives Nancy about $40,000 a year for retirement expenses (from age 65 to 92). For most retirees, an extra $40,000 per year will be put to good use.

One example would be unreimbursed medical expenses. Most people don’t realize they will need to fund a large amount of health care expenses not covered by Medicare. The $404,253 that a Health View Services study estimates as the out-of-pocket expense for a couple that retired in 2017 would be more than covered by the savings from Nancy’s back-to-work earnings.

The examples so far have focused on what women can gain by staying in or returning to the workforce via flex work. I asked Gichon for an example of the potential savings women forfeit when they leave the workforce at a mid-career point thinking they will return in a couple of years. In reality, a couple of years often turns into many more.

In this example, Joan is a 35-year-old woman on the career fast track who has an income of $90,000 per year. She’s considering a work hiatus to spend more time with her young child. Her husband is a higher earner (putting them both in the 50% Federal and State tax bracket), and she feels, at least for a couple of years, her family can live comfortably on one income. Joan lives and works in a city so she doesn’t have big commutation expenses. Her big expense is full-time daycare for a young child that is $1,500 per month. So after paying taxes and childcare, Joan clears $2,250 a month.

Since Joan’s husband is a high earner, let’s assume that if she stays in the workforce she can save half of her take-home pay—or $1,125 per month. That’s a total of $13,500 per year in savings. If she takes the average 12-year hiatus, she gives up a total of $220,243 in savings that could have been generated during that period. Assuming a conservative 5% annual interest rate, $162,000 ($13,500 x a 12-year hiatus) would have grown to about $220,243. Over 30 years (from age 35 to age 65) Joan’s savings could have kept growing—giving her a final total of almost $1 million in savings (about $978,000). So if Joan gives up her job, she loses a substantial amount of compounded savings, enough monthly income to cover some household essentials—and, most of all, a great deal of earning power that will become an difficult issue when she wants to return.

In terms of long-term financial security, it’s wise for women to, as I say in my 9 Lives for Women blog, always “find the work that fits your life”.

This article is an excerpt from my upcoming book, “Ambition Redefined: Why the Corner Office Doesn’t Work for Every Woman & What to Do Instead” (Nicholas Brealey, Hachette Book Group, October 2018).

One thought on “The Dollars and Sense of Women and Work”

To Work or Not: Let Big Kids Be the Judge
Read more ►

Just Do It All
Read more ►