Find the flexwork
that fits your life
at every age & stage
◄ Back to main
When Flexibility is the Other “F” Word ►
The Missing Data in the Harvard Biz Review Article on High-Achieving Women | December 11th, 2014 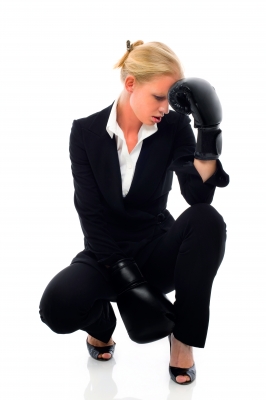 So much of what is written in the Harvard Business Review article, “Rethink What You ‘Know’ About High Achieving Women” rings true. But I just don’t buy the major statement that “women who left their jobs after having children did so because they found themselves in unfulfilling roles with dim prospects for advancement”.

I would argue, instead, that most high achieving women are in very fulfilling corporate roles with dim prospects for a healthy blend of work and life. For more than a decade I’ve met with thousands of women who bare their professional and personal souls during individual coaching sessions. They’re not just checking survey boxes, they’re telling me, in volumes of detail, why they left the workforce and why now—for reasons of long-term financial security–they fervently want to get back in.

Not one woman has ever told me she left the workforce because her work was unfulfilling. To the contrary, all the women I’ve coached say they loved their big corporate or Wall Street jobs and that they were on a great career trajectory. The few mothers who were able to scale back their hours to more part-time roles did not leave because they were “Mommy tracked”: they left because they were considered integral members of the team and demand for their valued input quickly morphed part-time roles back to a full-time clock. All women who had worked–either full-time or part-time–within the traditional corporate structure left because they worked in their offices from dawn to dusk and never saw their kids.

The article says that “women may be doing more and more child care because their careers have hit a wall”, but the fact is that their inability to have a life in big corporate or Wall Street jobs drove them into a wall. In companies that demand nothing less than a 24/7 commitment, it’s just very difficult to do two demanding jobs. If there is an option to leave the professional job (when a spouse can pay the mortgage and all the big bills), women put career fulfillment aside, and do. Their exits are emotionally charged and often lacking any research into non-corporate alternatives.

That’s the missing data behind this Harvard Business Review article. I would venture to guess that a significant percentage of the 25,000 survey respondents consistently pursued big corporate or Wall Street jobs. When you’re holding a diploma from a prestigious institution, the natural pull is to a big name company. Professional women who also want to be mothers should ignore that pull. The real innovation about where and how people work—and the ability to have both a fulfilling life and career–is found most profoundly out of the Fortune 500 pack.

Women—and men—still tend to think of “work” from a provincial corporate lens. It’s a very narrow, career limiting view. There is so much more out there than the mega full-time, chained-to-your-desk “corporate” type job. In my recruiting days I worked with many, many start-ups and small to mid-size companies that offered both women and men the opportunity to capitalize on their talents while helping both their careers and children grow.

Sure, mothers who work in their own entrepreneurial ventures or in non-household name companies are still busy and often overwhelmed—but they always keep their career fires burning because they have the wiggle room to nurture both important sides of their lives.

In my coaching practice—when I talk to women who say they’re struggling with the demands of their big corporate jobs or trying to re-enter the workforce after a hiatus of a decade or more—I tell them to look far beyond big Wall Street firms and the Fortune 500 to “find the work that fits your life”. The most important data point for mothers is the fact that career fulfillment and advancement—and the ability to stay in the workforce—very often rises as company size falls.  —KAS

Fill the Gap and Win a Job
Read more ►