Find the flexwork
that fits your life
at every age & stage
◄ Back to main
15 Women Share Wisdom On Work+Life Decisions & Financial Security ►
“Work at Home”: All Work and No Playdough | July 28th, 2017 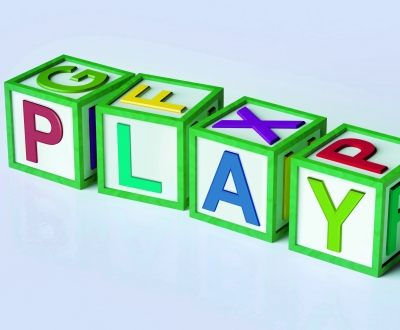 Pamela La Gioia, the CEO of Chicago-based Telework Recruiting, wisely points out that flexwork is not a substitute for childcare. Pamela’s company helps professionals find work that can be done at home, but she knows that work cannot be done simultaneously with dress-up, tea parties or playing blocks.

If you plan to work at home and you have children who are not yet in school, you will still need to have some form of childcare. Pamela sees many people who expect, unrealistically, that they will be able to care for children while they do their jobs. Young children rarely can be independently reading or playing for any significant period of time—and interruptions will too often happen when you’re on the phone with your boss or in the middle of writing an urgent email. I once knew a woman who had an investment consulting job she was able to do at home with only the help of an electronic babysitter. That babysitter was the VCR—and back in the early 90s she sat her two children in front of an endless stream of Disney videos. Though her children were zombie quiet for many hours, it’s not an option many mothers would choose.

Pamela points out that trying to concentrate on work while making sure that kids don’t fall down the stairs inevitably causes the quality of your work to suffer, which quickly becomes apparent to employers. Children also feel a lack of attention or importance when it appears that your finger is permanently pressed to your lips in silent pleas for quiet, and they have to ask 45 times for a cup of juice.

Though the need for childcare is a given, there is not only one option. The TV babysitter is one extreme, but telecommuting mothers do not necessarily have to go to the other extreme, which would be full-time babysitters or daycare. For most of my motherhood years, I’ve worked at home—both as an entrepreneur with my own businesses and as an employee of other small companies. Though there were many periods when I had full-time, live-in or live-out nannies, I became more creative with daughter #2 and found that I could survive quite well with the part-time help of local high school or college students. These younger babysitters who often had big chunks of available time were much less expensive and also much easier to manage than many of the “professional” nannies who felt a) they knew better ways than I did to raise my children and b) had an endless stream of wants and needs that made it seem that I was working for them.

With daughter #2 I also reached out to and collaborated with other working mothers. (La Gioia calls this the babysitting equivalent to carpooling.) During my daughter’s kindergarten year, in addition to a regular high school babysitter, I gained additional coverage by sharing a college babysitter with another mother—alternating days when one of us had to travel into the city or overnight. During some lighter work periods we could also share childcare mornings (disguised as playdate mornings) at each other’s homes—times when our daughters amused each other for hours in the playroom while we got work done on a computer nearby.

For older children who are at that in-between age (too old for the constant supervision of a babysitter, but too young to be left alone), La Gioia recommends taking frequent work breaks. These intermissions help your kids feel connected with you throughout your working day. When kids see you walking through the house occasionally, and poking your head into their rooms they feel less compelled to knock on your door and seek attention every five minutes.

If your kids are old enough to be left alone, or if your spouse is home, extend the idea of “working at home” to another location. Check out a co-working office space for a few hours, find a quiet room in the library or even tuck yourself in a Starbuck’s or other coffee shop that has wifi and a lot of people working on computers.

In any telecommuting situation, La Gioia points out that flexibility is key. You have to be available to your employer during agreed-upon hours, but you can also jigger your schedule so that you can work early in the morning or late at night when children are asleep. The one thing that doesn’t work is a disjointed schedule where you are constantly shifting back and forth between family and work. To really concentrate, think comprehensively and plan strategically, you need long stretches of time devoted to work.

Working at home gives you more childcare options—mainly because your presence in the home gives you a greater comfort level with sibling, high school or college babysitters. Though I was often behind my closed office doors, I was still in the house observing from time to time and also nearby in case of an emergency. It just takes some creative thinking and a willingness to look beyond traditional nannies or daycare that are usually very expensive and too inflexible for your flexible work. —KAS

How to apply creative thinking to the childcare conundrum is a major topic in my upcoming book, Ambition Redefined: Why the Corner Office Doesn’t Work for Every Woman & What to Do Instead (Nicholas Brealey, Hachette Business Group, October 2018.

2 thoughts on ““Work at Home”: All Work and No Playdough”

You Might Also Like...
The Missing Data in the Harvard Biz Review Article on High-Achieving Women
Read more ►