Find the flexwork
that fits your life
at every age & stage
◄ Back to main
Find Flexibility in the Hours You Fly Solo ►
Glue that Book Dream to Your Heart | May 3rd, 2012 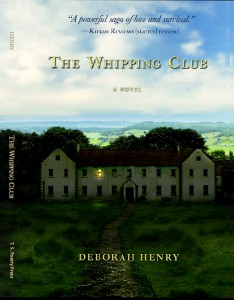 I’ve thought of writing a fiction book many times—and because a story has to grab me from the very start, I often jot down opening lines I think would create immediate interest and page-turning enthusiasm.  But that’s about as far as I get.  Those one-liners languish in various piles of paper because I’ve never had the fortitude to conceive the setting and the characters, set a commanding tone, develop and continue a strong story line, create a natural dialogue, weave an intriguing plot and end the book with a lasting memory for readers.

Just writing all of that makes me tired.

Blog posts, on the other hand, are quick and easy.  You can make your point and deliver a compelling message in about 500 words—a task requiring only an hour or so of disciplined work.   I like the instant gratification—press the button and POST—but I do admire the craft of fiction writers and the discipline that glues a book dream to their hearts.

We tend to think these disciplined writers get up in the morning, go into their offices and write from dawn to dusk.  That’s probably true for many, but not for the author of The Whipping Club, a mother of three who wrote her first book painstakingly–over an 8-year period.

Author Deborah Henry begins her book with the line:  “Marian spent the morning in Doctor O’Connell’s office.”  Immediately I thought, “Why would someone be in the doctor’s office for an entire morning?”  I was hooked, and then could not put down this wonderful, haunting, 300-page book until I finished it in less than 24 hours.

Deborah’s writing journey is proof that with determination many talented writers can write—and publish–a book.  More importantly, she proves that a significant self-regulated “work” project can indeed be completed in the bits and pieces of time leftover from the all-consuming days of motherhood.   Writing a book does not require signing your life away to an employer, being in an office at a certain time or missing out on any of your children’s activities.

If you have the talent and the inclination to write a book—and you’re not sure you’re ready for a paid job, your time out of the workforce could be a great time to make it happen.

Though many skeptics wondered if Deborah would ever make it happen, she was very committed to her project—and her passion.  She’s quick to point out that the first job you have out of college might not really be your passion.  In Deborah’s case, she began in investment research—tamping down real passions of writing, acting and music that had not been taken seriously during her childhood.

Because Deborah was finally focused on a true passion, she kept moving toward her goal of a finished book.  It wasn’t easy.  She carved out writing time during nap time, or she would hire a babysitter and leave the house to write.  As her children grew older, she had to give up sleep to find quiet time.  Many mornings she rose at 4:45 and wrote until 8—and then got her children off to school.

When Deborah wasn’t finding the time to write, she was reading, researching, or studying.  A mentor gave her a big stack of books to help her understand texture, tone and plot. To make sure everything she wrote about Ireland’s Little Jerusalem and Catholic clergy abuse in the 50s and 60s was historically accurate and precise, she took several trips abroad (leaving husband and babysitters in charge). And for two years she worked to get her MFA in Creative Writing from Fairfield U.  She wrote and she re-wrote—once starting completely over from scratch.

Living in a town where many women are lucky to have the choice of whether they will or will not work, Deborah was often asked why she kept on with something so difficult.  Why didn’t she just volunteer and take golf lessons instead of chasing a starry-eyed dream?   Deborah didn’t listen…she just kept finding those bits and pieces of time to write as she raised her family.

Now Deborah’s children are in college, proud to see the actual book in print.  Deborah laughs and says the book is her fourth child, after a very long labor.  It was time well spent:  Publishers Weekly calls the book “a riveting debut novel.”  That starry-eyed dream she chased in between soccer games and carpooling indeed became a powerful reality—a book Herald de Paris says “will draw out every straw of emotion in your soul.”

2 thoughts on “Glue that Book Dream to Your Heart”