Find the flexwork
that fits your life
at every age & stage
◄ Back to main
Returning to Work? Find a Young Mentor ►
Return to Work While the Going’s Good | July 3rd, 2014 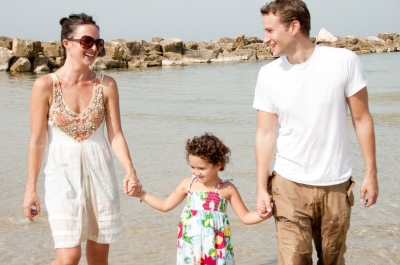 So often women tell me that they’ll return to work when they feel they’ve put the requisite time into what I call their first caregiving job—raising children.  But that might just be when their second caregiving job begins—helping aging parents.

This fact was crystal clear when I read the New York Times article, “Women Leave Their Careers in Peak Years”. Though the article focuses on working women, there is an important work and life planning message for currently non-working women as well.

The article discusses the fact that many working women in their late 40s and early 50s leave the workforce (just as they are reaching their peak earning years) to help an ailing parent. With increased longevity, there are greater demands on both working and non-working middle-aged women to care for aging parents. Often this care extends to in-laws—which could involve a total of four parents who have conflicting needs and a range of financial and elder care resources.

When working women leave their jobs to care for aging parents, the article points out that they sacrifice their own financial security. Women who wait too long to return to work and are then forced to put aside their plans due to aging parent needs also jeopardize their financial security. Many of these on hiatus women left the workforce in their 30s to care for children–after relatively few years of professional work. If they plan to return in their 40s or 50s (when children are older and parents are in or near the “elderly” stage), they could miss their opportunity to build up their own retirement savings.

The article cites the AARP Public Policy Institute estimate that working women 50 and over who leave the workforce permanently to care for a parent lose nearly $325,000 in wages and benefits. Most people would consider $325,000 a large sum of money—and some higher paid women would be losing even more.  The loss is even greater when you account for the portion that could be invested, saved and multiplied over 20 years or more.

Women who stay out of the workforce to care for children, of course, also lose many possible earning years. The 2010 Center for Talent Innovation’s Off-Ramps and On-Ramps Revisited Report (the most recent report of its kind) noted that the average hiatus from the workforce is 2.7 years. (Anecdotally, in my work with returning professional women since 2002, I have seen a higher average of 12 years.) The cost of that 2.7 year hiatus is an average loss of 16% in earning power.

The women who I have worked with see a greater drop in earnings power with their average hiatus of 12 years. Often this results in a return to administrative positions (sometimes by choice and sometimes dictated by the resume gap) or “starting over” in a field they left behind. At one time when I was helping women return to investment banking jobs, there were quite a few who were not psychologically or financially prepared to start again at the lowest rung “Associate” level. A similar scenario is common when women return to any industry after a more than two-year hiatus. If women put their egos aside and pay their dues again, they have the opportunity to ramp back up to the job titles and salaries they left behind. But there’s no arguing that a long hiatus puts them at a significant initial earnings disadvantage—one that could last for several ramp up years.

There is a good argument for not staying out of the workforce too long—or never fully exiting. In my opinion, the best wisdom is to “Find the Work that Fits Your Life”–as I say over and over in my 9 Lives for Women blog posts—from college through retirement years. Keep even the smallest paycheck coming in at all times to insure not only against life’s “you never knows”, but also to offset the two major caregiving jobs most women shoulder.

Two phases of caregiving—for children and then aging parents—is a cycle of life reality that few women can escape. I thought of this as my 85-year-old father spoke of his various ailments and said, “There’s got to be a better alternative to getting old”. Of course there isn’t one, and whether your parents and in-laws live around the corner or across the country, you will not be untouched by their aging process. Most women will be involved in some level of elder parent caregiving, decision-making or emotional support that drains the time and energy you have for work.

You can’t change the fact that you exited the workforce, but you can control the point in time you return. Don’t wait too long, and as you plan your re-entry think of that sweet spot—the time when both your children and your parents can be more independent and you can focus on your own long-term financial security. —KAS